Earlier this summer we celebrated our tenth anniversary. It’s a massive milestone, and we took a day out with the team to celebrate. It was also a chance to reminisce a little with the team about the early days. I think it’s fair to say some of us had more hair and looked somewhat younger!

I was asked about how we built Capsule and if I’d do anything differently if I did it all again. I’m sure I would as starting up today would be a very different experience to the one I had back in 2009. But I have learned a few lessons, some the hard way while growing Capsule and here are a few of them. Some relate specifically to building an online service, but I expect they can be adapted to other businesses.

I’ve been a fan of two-syllable brand names for as long as I can remember - easy to say and catchy. Google, DropBox, Twitter, Facebook, Kodak, Nikon, Sony are just a few of the many big brands that have been successful with two syllables.

When we set about launching in 2009, I wanted a two-syllable name with a .com domain name, one that was memorable and loosely related to CRM.

Initially, we went with Javelin but learned the hard way to check for trademark use. After a rebrand we settled on Capsule, loosely aligned with the idea of a data-driven, secure container for your customer relationships.

While it worked out well for us, what I didn’t consider at the time is how much harder it is to keep track of mentions of your brand, compared to a name that is unique, like Facebook for example.

I did some due diligence (i.e. Googling!) with our first name Javelin, but simply put, I didn’t do enough research.

It wasn’t long until a company got in touch through their lawyers to say they already had Javelin trademarked in a somewhat related space. Given our tiny size in 2010, we decided our time was better spent building a great product rather than on legal disputes, so we had to change our name.

Although it was painful at the time, it worked out okay as we created some buzz with our new name and the rebrand increased traffic to our site and signups.

Today all trademarks are online and you can easily search before you brand your business. It’s well worth taking the time to do a trademark search and read up on trademark advice.

3. Adopt a recurring model and don’t become reliant on a few large customers

I’ve had experience working for a company that was over-reliant on project income from a few big customers. It’s risky, and ultimately drove a less than successful outcome for that business.

Instead, we chose a recurring revenue model through subscriptions. It creates a more stable revenue stream and a lower risk business, especially when you combine that with many customers rather than relying on a few large customers.

The product benefits too as we now have a community of over 11,000 customers that provide a daily stream of feedback and who we can validate ideas with, rather than being driven by the requirements of a single large customer.

4. Have belief in what you’re doing

It does take time to build up the recurring revenue, and the early days are tough. It took us two years to become profitable.

We started with a handful of customers in the first month and after 12 months we had just 419 customers and our revenue for the year was a modest \$15,000. Anyone starting up a new business knows it’s tough and it really is.

During the first 12-18 months we questioned whether it was working. But we had belief in what we were doing, so we stuck with it and I’m glad we did! What we worked out is that we were also growing at 20%+ every month, and that exponential growth rapidly increased our revenue so that by the end of our second year we had a profitable business. 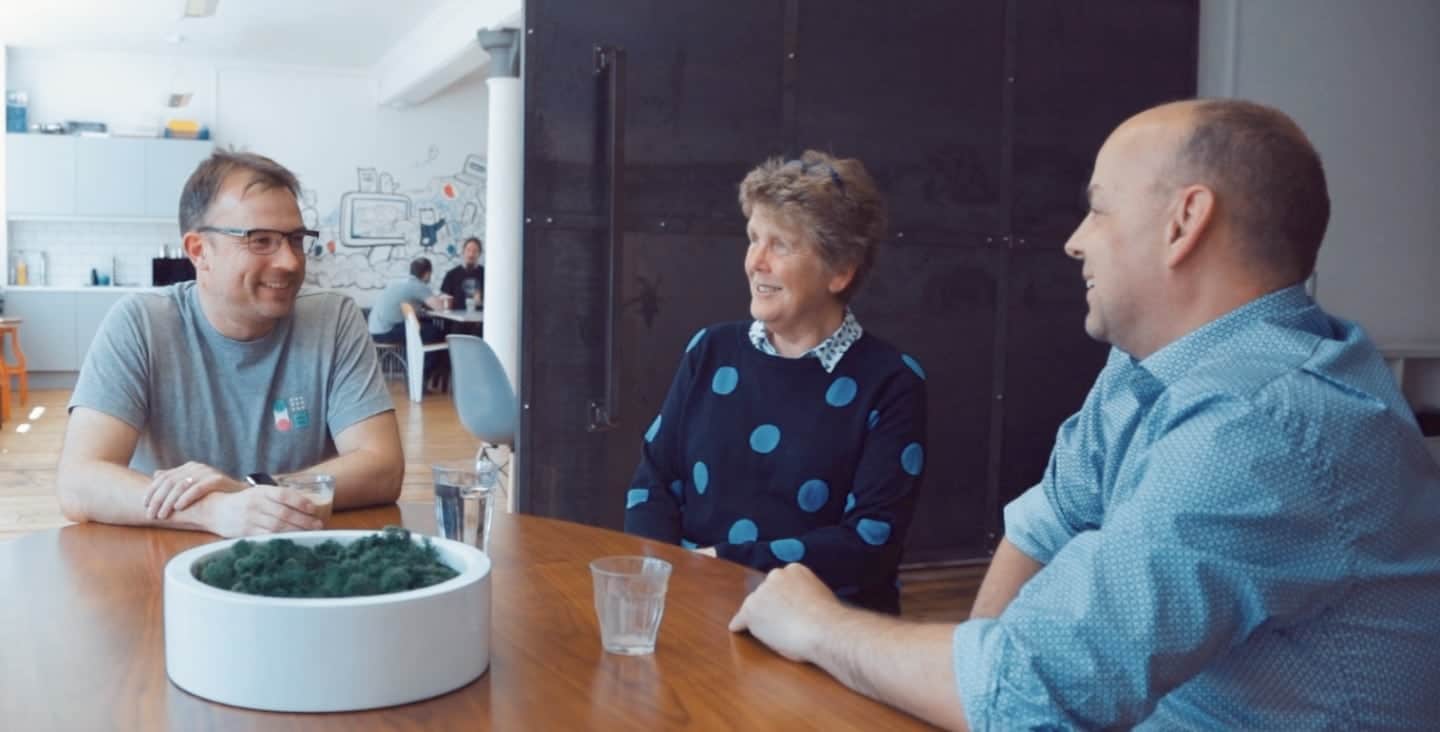 5. Don’t assume investment is the only route to success

Startups and their funding is big news in the tech industry. As a bootstrapped business, we took a different approach to building Capsule. When we launched ten years ago, it was just after the financial crash of 2008. The simple truth is we didn’t have the luxury of building a business with someone else’s cash. Or at least not on terms that we’d have been happy with at that time.

Once we accepted that we weren’t going after investment, we could focus on building a business that aimed to be profitable early. And once we got there, we realised we could continue to grow the business without giving away equity.

As a profitable business, we aren’t reliant on the next round of funding to keep us running, and we get to decide with the insight from our customers, where we go next.

Bootstrapping might not be the fashionable choice, but there’s plenty of opportunity to build a profitable business in areas that are overlooked by Venture Capitalists and investors because it’s not big enough or there isn’t a clear exit strategy.

To help in the early days of a startup, if you follow a recurring revenue model like we did, it can be helpful to secure annual contracts with some of your customers early on.

We didn’t do this when we launched and I don’t recall why exactly. Probably because we had to roll our own billing system since the likes of Stripe didn’t exist back then, but also SaaS was still relatively new and it was hard enough to get someone to pay monthly let alone annually! These days most businesses are familiar with buying subscriptions for online services, and a percentage will be happy to take an annual commitment especially if you provide an attractive discount.

Our way around the cash flow gap in the first year was to do some consultancy and design work on the side to increase our cash flow. It worked and we had fun, but obviously it’s not the fastest way to get a product to market.

7. Be first in marketplaces and communities

We saw a lot of growth when we got into the G-Suite Marketplace early. We joined a community group called the small business web, and the Google G-Suite team found us there and invited us to join the launch of their new marketplace.

It’s worth looking for a large complementary product in your market and if they introduce a marketplace or other opportunity to cross-sell, get in early to maximise your visibility with their customer base.

8. Make a part of your product viral

The fastest growing SaaS products have a viral element to their product which helps generate exponential growth without throwing money at customer acquisition.

Slack, Zoom and Basecamp are examples that have benefited from this approach - it helps drive rapid growth as new users need to invite someone else to use the product. More recently the industry has started calling this Product Led Growth (or PLG) and there are playbooks such as this one from OpenView for making the most of it.

9. Your most important metrics should change over time

When we launched we were growing so fast that the number of new signups dwarfed any churn we had. As a result we could simply focus on a few simple metrics like signups, revenue and Net Promoter Score. As a product matures and your customer base grows, the impact of churn becomes more significant.

These days we naturally focus on a deeper set of metrics. Signups and revenue are still important but we now spend more time optimizing conversion and retention rates by, for example, helping customers best understand how to get more value from Capsule.

10. Create a rhythm to the business

Having clear company objectives and goals is important.

Doing it in a simple way that creates a rhythm to the business by working in cycles is what has worked best for us. Every three months we decide, as a company, what we want to get done next, and then go to it.

That doesn’t mean we wait until the end of a cycle to release updates - if a change is ready we ship it right away. Sometimes urgent things pop up, so we have a dedicated review at the 6-week mark, to adjust priorities if need be.

We’ve previously tried shorter cycles. In the early days I’d say it was less “planning” and more ad-hoc decision making as a team finished up on a project. But this becomes a reactive process where you constantly have the pressure of finding the next thing for a team to work.

Equally in our experience, planning out beyond three months in any detail often results in wasted effort. As a business we are constantly learning, which rightly means priorities should change. Three monthly cycles with a 6 weekly review point is a sweet spot for us right now.

This should be obvious, but in today’s business environment where there is so much focus on technology, automation and deployment of bots, it’s easy to forget that it’s a human buying from you. The relationship you build with your customers is just as important as it ever was.

As a customer, I really appreciate finding a business that recognises touch points are an opportunity to engage and turn customers into advocates, rather than a cost to be managed. I’ve lost count of the times I’ve introduced a friend or co-worker to a product or service because I liked the total experience. A key part of that experience is the touch points and how effortless and friendly those interactions are.

I’m grateful to work with our humble and truly wonderful customer facing team who get so much kind feedback from our customers for their empathetic and helpful approach. We don’t have 1st line, 2nd line or 3rd line support teams like big companies. We don’t bounce customers around different support systems. We simply have a friendly team who are there to help our customers solve their problem, and we use a mix of technology, including CRM and support tools, to help streamline and enrich our customer understanding, rather than be defined by technology.

A really helpful book I first came across over on HelpScout’s blog is called The Effortless Experience, and it’s well worth a read if you really want to understand how to create customer loyalty.

If you have any questions or need any support, please don’t hesitate to contact our friendly support team. 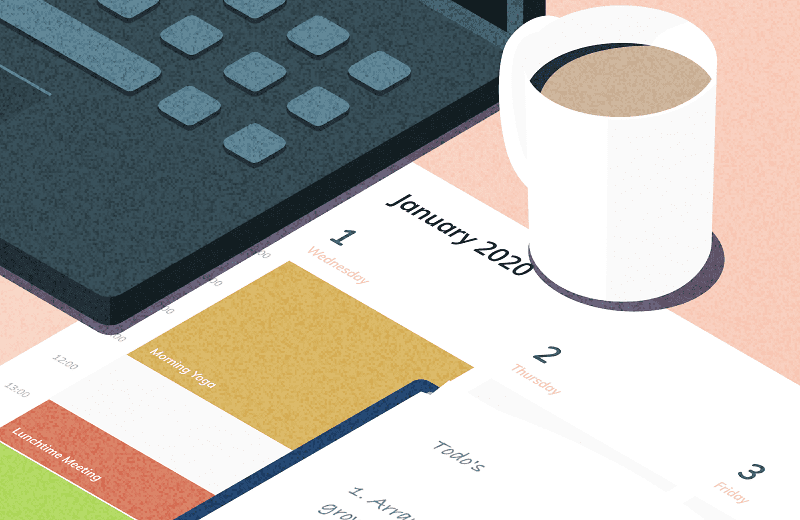 How to be more organized

If one of your resolutions this year is to be more organized, check out our proven ways guaranteed to help you get there - it's a lot simpler than you think. 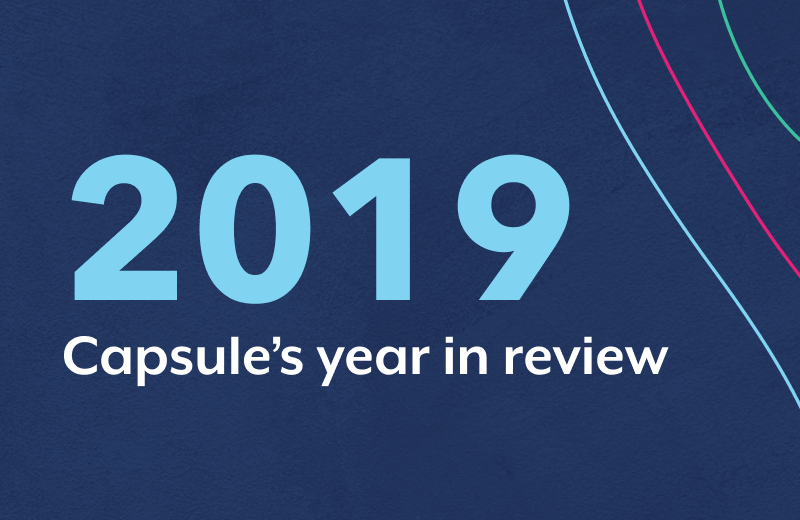 As we look towards an exciting year ahead, we took time out to review 2019 and, wow, our customers have been busy! 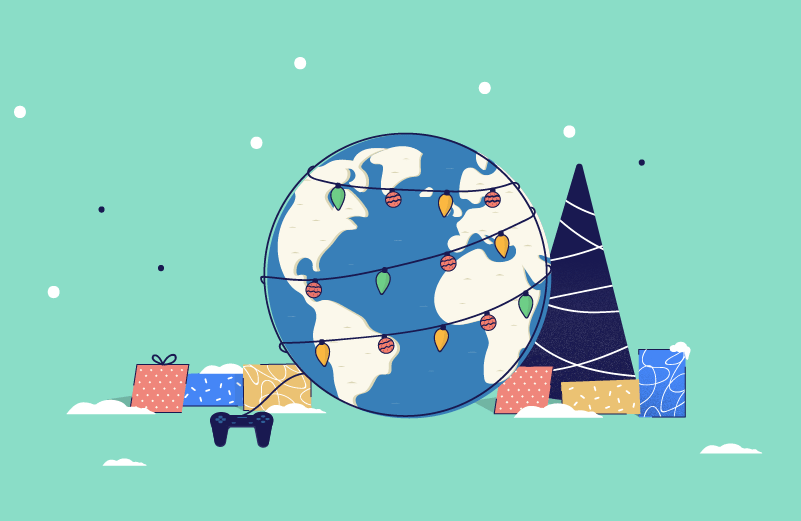 Christmas games to bring the remote and office team together

Regularly bringing the whole team together boosts team performance, and as it's Christmas, here are some tried and tested games that are fun for everyone.

Safe and secure always backed up

Dedicated support here for you anytime